Hatena - an organism halfway between plant and animal

A few years ago, a most mysterious creature was discovered – half plant, half animal!
Perhaps it can open the door to some of the secrets of evolution.

Think back for a moment to your biology class in junior high school. You may have learned that the way to tell plants from animals is that plants have chloroplasts that let them perform photosynthesis inside their bodies, while animals cannot perform photosynthesis and instead have to take in their nutrients from the outside. But recently a mysterious microorganism was discovered that have certain characteristics of both plants and animals, and it is creating quite a stir.

In a sample of seawater from off the coast of Wakayama Prefecture, Professor Isao Inouye and his research assistant Noriko Okamoto from Tsukuba University came across a very strange creature. Its size is about 0.03 mm and it has two flagella, but it also has a green part containing chloroplasts that perform photosynthesis. Even though it is an animal, it behaves like a plant. They named it Hatena, which in Japanese appropriately enough means “how odd!”

Since Hatena is a single-celled organism, it multiplies by cell division, but that process too is extremely odd indeed. In normal cell division, one cell splits into two identical cells, but in the case of Hatena, it splits into one “plant type” cell with chloroplasts inside, and one “animal type” cell without chloroplasts. However, when an “animal type” cell ingests a certain green alga through its “mouth,” the alga is integrated with the cell. Thereby, the “animal type” cell becomes “plant type” and is able to do photosynthesis again. When that cell divides, once again it splits into one animal type cell and one plant type cell… and so the wondrous life cycle of the Hatena goes on.
Even more curious is the fact that not just any alga will do. Only a certain alga will integrate with the animal type cell, while other algae are simply digested. However, exactly which alga is the symbiotic one has not yet been determined.

According to recent research, plants may not have been “plants” from the very beginning of their evolution, but rather at some stage integrated chloroplasts that enabled them to perform photosynthesis. It was by forming this symbiotic relationship that they “became plants,” it is believed. Now, doesn’t this process sound very much like the life cycle of the Hatena? In other words, by deeply studying the Hatena, perhaps we can find the key to understanding how plants first appeared on Earth.

The fact that a creature was discovered so strange that it could only be named “how odd” is also a sign that our planet still holds many secrets from us. Maybe in a couple of decades, everything we once learned about biology back in school will have been completely rewritten. But that would be interesting too, wouldn’t it?

Explore the wonders of the world : Let’s enjoy an adventure of t･･･

What is the difference between the skills of an expert craftsman･･･

Why is evidence of ESP so hard to discover? Is it there right in･･･

“Such an experiment could never possibly work!” Could it be that･･･ 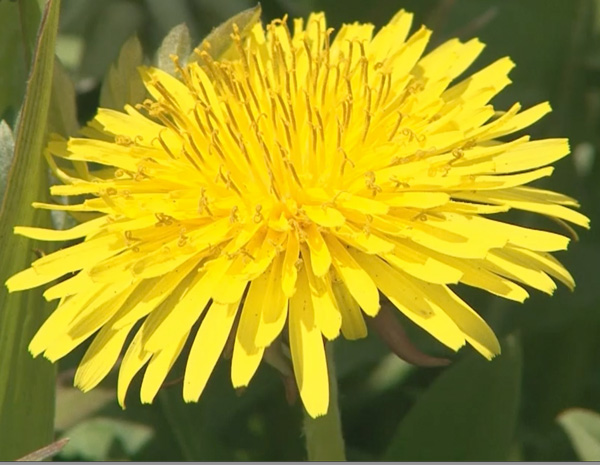 Dandelion fluff can travel great distances. The fluff is capable of extended periods of stable flight by passing excess force...

We tend to believe that animals are active and move around, while plants are always passive… But is that.....

Did you know that there is such a profession as a doctor of trees? As mankind is getting further and further a.....

Some dogs seem to know exactly when their owners are coming home. It may be because their bond is particularly.....