Surpassing the latest fighter planes - the stealth functions of moths

Some animals have evolved capabilities that far outshine the latest high-tech gear of man.
For example, the ability of moths to secretly move around in the dark.

Butterflies and moths look very similar, but when you ask people which they prefer, most will probably answer “butterflies.” But why are moths not as popular? Apparently, many people find their “body hairs,” or cilia, creepy. But to the moth itself, precisely those cilia are its best defense system against enemies.

In another “Fantastic Voyagers” report, we describe “An experience of utter darkness.” In perfect darkness, vision is useless, of course, and you once again come to recognize the importance of your hearing. In actual fact, animals living in the wild use all their senses to their full extent to gather information about their surroundings, to conceal themselves before their enemies find them, or to approach their prey without getting noticed. It’s rather like the intelligence wars fought between antagonistic nations, using radars and spy planes.

But back to moths. Moths are mostly active at night and have few real enemies, but that doesn’t allow them to relax. The flapping of an insect’s wings causes a tiny turbulence in the air, that some predators can detect and utilize to attack. However, the tips of the wings of moths have tufts of fine hair that minimize the air turbulence when the moth flaps its wings. In other words, those hairs function as highly effective silencers.
But avoiding making noise is not enough. Among the moth’s few natural enemies are bats. Bats emit ultrasounds with frequencies in the range from 66.000 to 110.000 Hz, far beyond what the human ear can hear, and then detect the reflected sound waves. This enables them to recognize insects as small as 3 to 5 mm, just like a fighter plane using a powerful radar to grasp the movements of enemy planes. So what do the moths do about that?

This is where the cilia that cover the moth’s body come into play. When the ultrasonic waves from the bat hit the moth, the air molecules trapped between the cilia start resonating. This leads to friction between the cilia, which in turn cause the ultrasonic waves to be transformed into heat energy. Now, this means that no sound is reflected back to the bat, and so the bat doesn’t notice the moth. The moth, however, realizes that a bat is approaching, and rapidly removes itself to a safer place. (Sometimes it plays dead for a while as well.)
In other words, this is a “stealth function” even better than the ones used by cutting-edge fighter planes in order not to show up on the enemy’s radar. Thanks to evolution, some animals are already equipped with capabilities that outstrip mankind’s latest high-tech toys. As long as we still stumble around in confusion in the dark, we have a lot to learn from those animals.

Explore the wonders of the world : Let’s enjoy an adventure of t･･･

What is the difference between the skills of an expert craftsman･･･

Why is evidence of ESP so hard to discover? Is it there right in･･･

“Such an experiment could never possibly work!” Could it be that･･･ 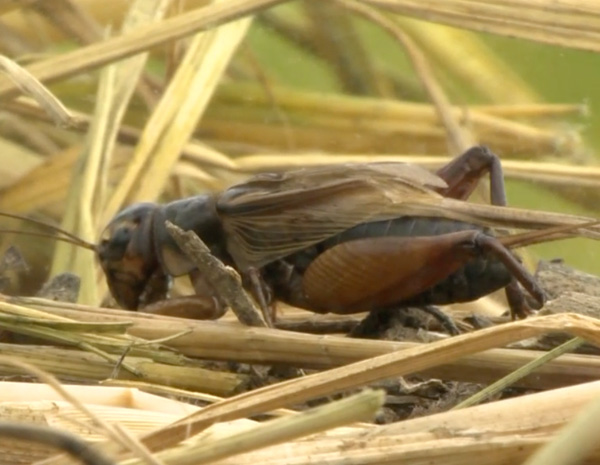 The original dietary supplements? The disease beriberi seemed to be caused by some sort of deficiency – .....

In the Middle Ages, diseases were believed to be caused by foul odors. Conversely, powerful fragrances were co.....

When did humans become “conscious”? Do we really need any consciousness in the first place? Here’s an in.....